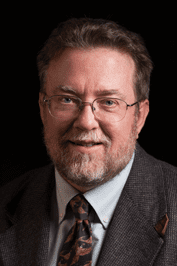 The GEO research team studied the relative performance of the GHP and VRF systems, determining energy consumption of each, and heating and cooling required by the building. “There’s no question about it—GHPs trump VRF systems for efficiency and cost savings,” said GEO President and CEO Doug Dougherty. “Our study of heating and cooling performance at the ASHRAE Building proves that over a two-year period—when all variables were accounted for—energy use by the geothermal system averaged 44% less than the VRF system.”

“Raw data show that the VRF system used twice as much energy as the geothermal system during the two-year study period.”  “During the two-year study period, the GHP system used 29% less energy in the summer and 63% less energy in the winter/shoulder seasons than the VRF system, while maintaining similar zone temperatures,” said Dr. Jeffrey Spitler, Regents Professor of Mechanical Engineering at Oklahoma State University (pictured).